Some of the Special Spots in Croatia

Croatia is often called a nautical paradise, with one of the most indented coasts in the Mediterranean, 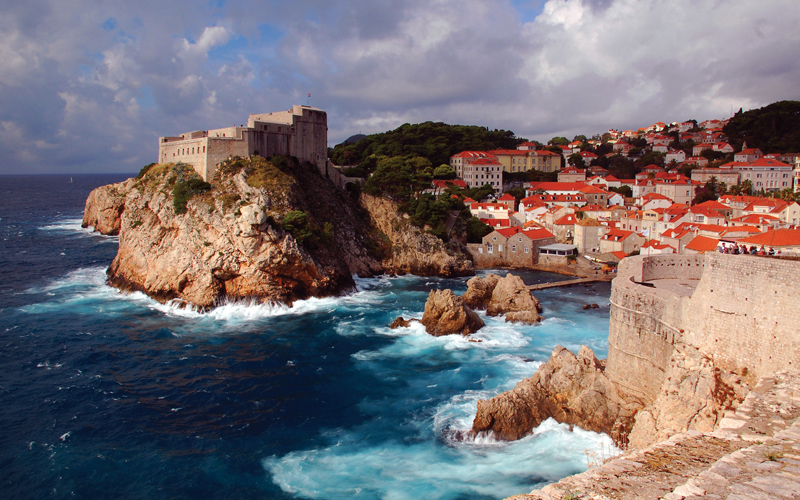 and home to more than 1,000 islands. Sailing along Croatia’s coastline from north to south is the best way to explore it, or a visitor can hit the road instead, and discover some of the more off-the-beaten path sites. Here are just a few of the special places your clients will want to experience for themselves, whatever way they choose to get there.

To capture the cosmopolitan side of Croatian culture, spend a few days in Zagreb, Croatia’s bustling capital city. Easy to reach from major European gateway airports like Frankfurt or Heathrow, Zagreb, with a population of around 1 million, is as beautiful and elegant as any of the grandest old cities of Europe. But don’t let the old world glamour fool you. This is a modern hub.

Zagreb is built around a horseshoe-shaped greenway of parks and squares, filled with flowers in the spring and colorful foliage in fall. Bicycle and Segway tours are easy to arrange and offer a way to see more of the city in a short time. The tram system is an efficient way to get around and the airport is only minutes from the city center.

Zagreb’s coffee culture rivals that of Vienna. On a sunny day, the many sidewalk cafes around town are packed with students, couples and other people-watchers, lingering for hours over cups of excellent coffee and delicious, delicate pastries. Shopping and fine dining round out the experience.

The oldest section of the city, “Upper Town,” sits high on a hillside and can be reached by a short ride on the popular funicular. The more adventurous can climb the hill via the steep, winding, cobblestone lanes and the view is worth it, no matter how you get to the top.

The city of Dubrovnik, a UNESCO World Heritage site since the 1970s, is one of the jewels in Croatia’s tourism crown. The intact Medieval walled city on the Adriatic Sea, as well as Split, the largest city in the scenic region of Dalmatia, contain fascinating medieval, Renaissance and Baroque historical sites that draw millions of tourists each year. Many arrive on cruise ships in the heat of mid-summer, drawn to the beautiful beaches, breathtaking views and the city’s unique architecture. But, while most of the attention is focused on these seaside villages and towns and islands off the coast of Croatia, there is so much more to see in the unique beauty, ancient culture and complex modern history of this small country.

Be sure clients allow time for historic Split’s beautiful harbor and historic center containing Diocletian’s Palace, a UNESCO World Heritage site. The huge complex of living space, temples and plazas is still lived in – a village inside a Roman wall.

Of Croatia’s eight UNESCO World Heritage sites, only one is a natural wonder. Plitvice National Park encompasses a series of 16 beautiful turquoise-colored lakes connected by waterfalls and whitewater cascades, and draws millions of visitors each year. The park is especially beautiful in spring when snowmelt and spring rain swells the streams and spills over to the falls and the foliage is lush and new. The water is especially mineral-rich and is constantly creating new, otherworldly-formations. More than 10 miles of boardwalk and bridges cover the perimeter of the park’s lakes and waterfalls. Plitvice is one of the “Must See” destinations in the world.

The countryside of the Istrian region is often compared to Tuscany, and with good reason. Rolling hills, dotted with stone villas and villages, are surrounded by vineyards and olive groves, reflecting the Italian heritage still so much a part of the region. There are still tangible traces of the region’s Roman past, including the Roman Arena in Pula. Istria is known for its wines, particularly the fruity Malvasia and the robust red, Teran and seafood is an important part of the local cuisine. Another Istrian specialty is the truffle. Three kinds of black truffles, as well as the larger white truffle, can be found in the dark soil of Istrian forests and it’s possible to participate in a truffle hunt, following one of the trained dogs who help harvest the prized and valuable fungi.

In early fall the Istrian landscape flares into autumnal color and that makes it the perfect time to visit Hum, a tiny hamlet situated high on a hill overlooking a scenic valley. With a population of fewer than 25 people, Hum claims to be the smallest town in the world. While some might argue the title, what can’t be disputed is the appeal of the old stone fortress city, with its weathered buildings and towers and the expansive view from the top of the hill.

Biking is popular in Croatia and one of the most popular routes is the Glagolitic Alley, a three kilometer path up to Hum, interspersed with massive stone monuments dedicated to the old Croatian Glagolitic script. Outfitters provide the bikes and once at the top, if the view wasn’t reward enough, a hearty meal and a bottle of Croatian wine make lunch a celebration.

Your clients would feel cheated without time to explore at least one of the islands, each with its own personality. Losinj’s five islands are abloom with 1,200 different plant species, reached by 150 miles of walkways.

Helicopter and small plane transfers allow faster access from Dubrovnik to Hvar, an island also known for its diverse flora and fauna. Along with scenery, beaches and villages like laid-back Stari Grad, Hvar also produces some of Croatia’s best wines and offers wine tours.

The most remote island of Vis, a two-hour ferry ride from Split and only 60 miles from the Italian coast, was once the Adriatic’s most powerful city-state. It is covered with Roman remains, but its most famous site is the Blue Grotto, a sea cave accessible only by boat. Seafood restaurants, local wines, sea kayaking, hiking, sailing and beaches also lure travelers.

No matter where in the country your clients choose to visit, or how they get there, Croatia, with its dramatic landscapes, picturesque architecture, complex culture and and historically significant past, is a destination worthy of a place on the top of any traveler’s bucket list.  www.croatia.hr 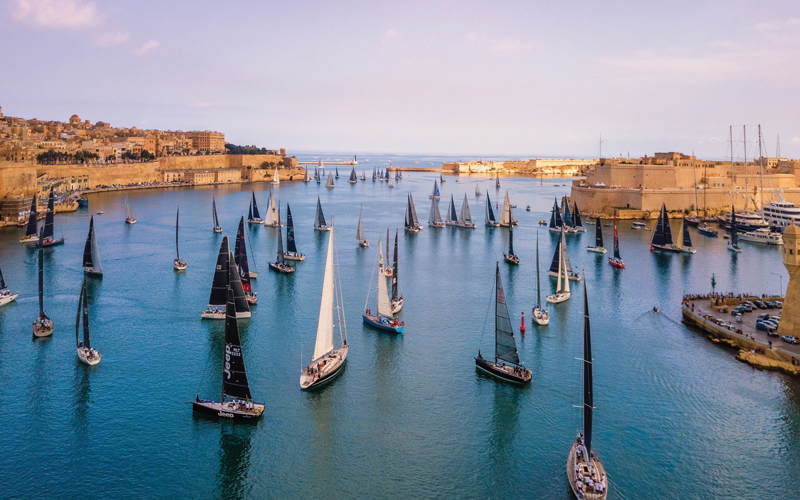 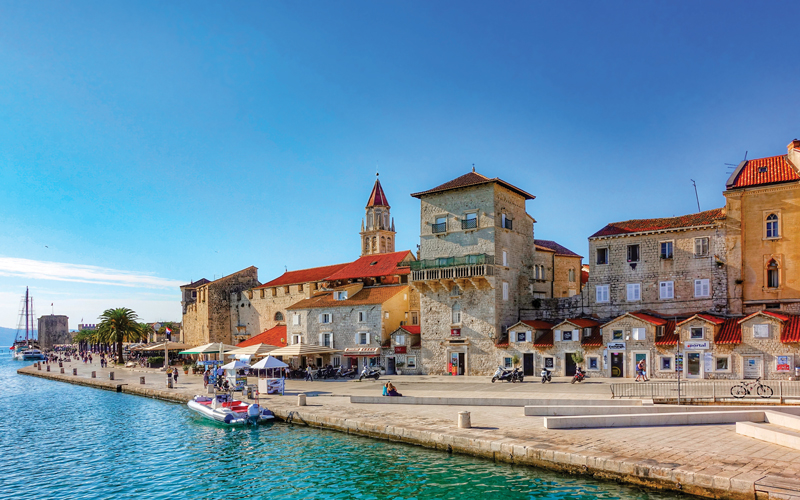 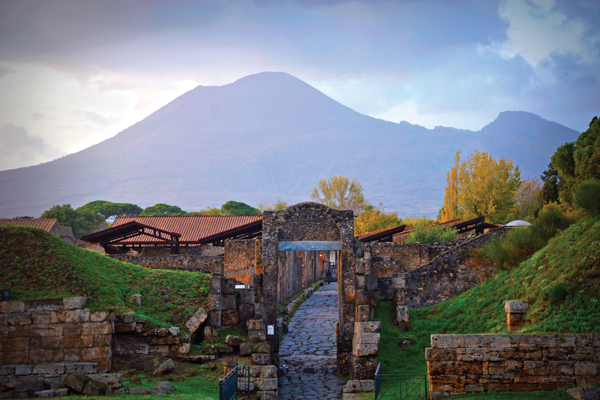 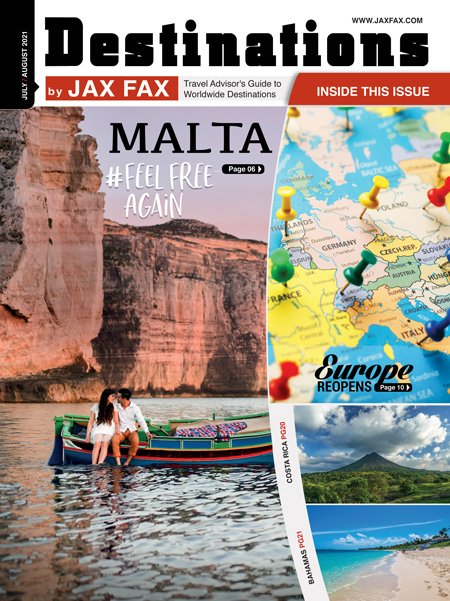