It was the perfect solution for me. 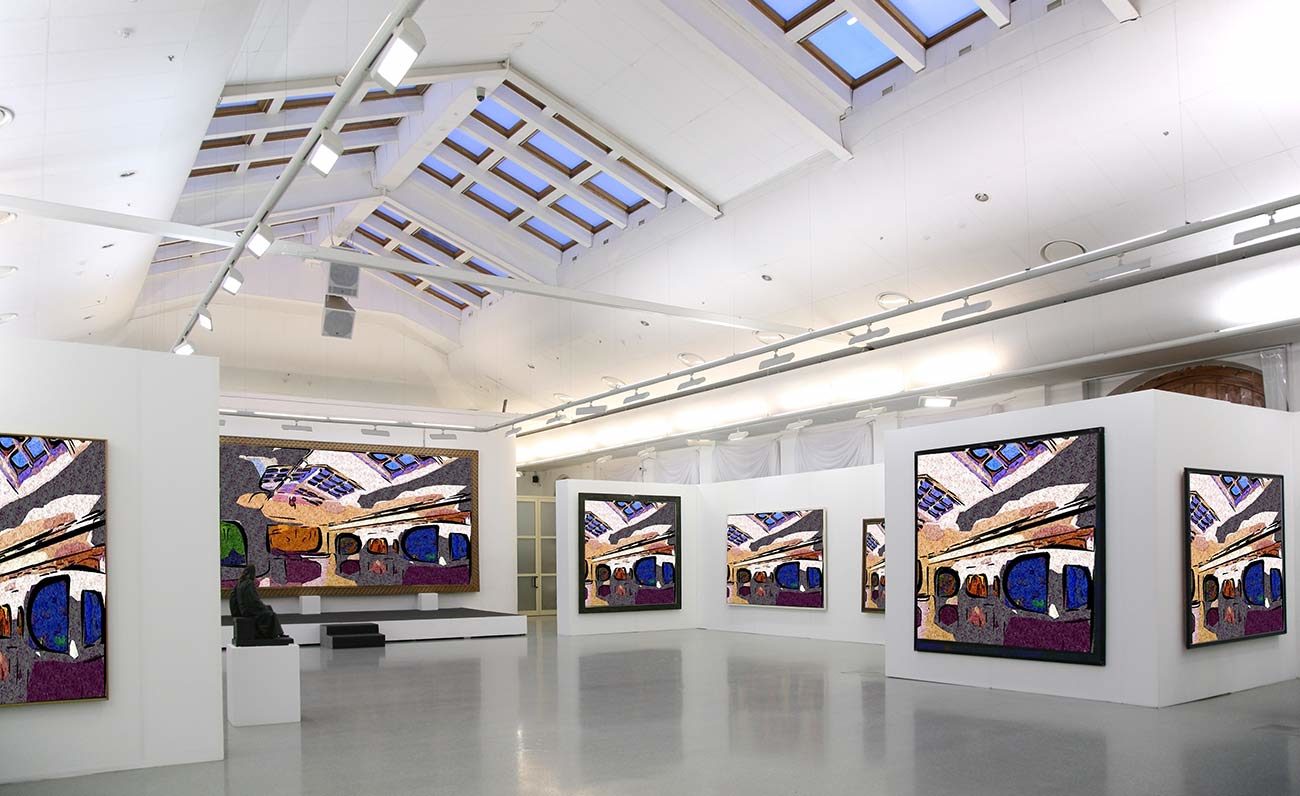 I was on a short trip to Germany, with four cities to visit – Berlin, Erfurt, Nuremberg and Munich. For 21 years, a high-speed train with these cities, plus Halle as the only stops, has been in the planning. Finally, last year, the necessary 22 tunnels and 29 bridges had been built and the high-speed train, going 186 miles an hour, got under way. The Berlin-Munich high-speed train of a decade ago took six hours. The new train, the ICE Sprinter, whisks its passengers the whole length of the new route in only three hours and 50 minutes. Since it began running in December 2018, twice as many travelers have been taking it as had used the old high-speed line.

For those boning up on the cities they’re visiting, there’s just the right amount of time to leaf through guidebooks for tips or to look for them on a Smart Phone, and make reservations at restaurants and hotels at selected destinations. The trip is smooth; the train quiet; the décor soothing. The views outside the windows whisk by swiftly, but long enough for glimpses of red-roofed golden houses and stands of poplars and occasional orchards.

In first class, meals and drinks are brought to passengers at their seats. Early bird travelers taking the 6:01 a.m. or 8:05 a.m. Sprinter out of Berlin’s Hauptbahnhof, can have a breakfast on board of a croissant with butter, honey and jam and an espresso for under 10 euros. If they are first-class travelers with small children, after breakfast, the children can enjoy the journey in a playroom at the end of one of the first-class cars.

It’s wise, of course, to pay for a reserved seat on any train, but those who have caught the train at the last minute and haven’t had time to purchase a reserved seat, can usually find a place to sit in the restaurant car. And restaurant cars are perfect places for striking up conversations. The comfort of first class and the certainty of having a reserved seat notwithstanding, making friends there is unlikely. Harried businessmen tend to be hard at work on their computers or smart phones. In the restaurant car, the mood is more relaxed.

Friendship on the rails
I like making friends on trains. Decades ago, when train travel was most often in compartments cozily shared with others, a German woman I met ended up making my going away dress after my wedding. On my most recent Rail Europe Berlin-Munich journey, I passed time for a while with a young woman surgeon from Cyprus. She had studied medicine in Berlin; was working in a hospital in Wittenberg, and was just returning from an interview for a hospital position in Berlin.
Another traveling companion was a theater producer from Vienna, who had attended college in the United States and produced plays on Broadway. His grandfather had been a Supreme Court judge in Karslruhe, Germany. He told me all this over coffee at a table we shared in the restaurant car.

And then there was a young woman accountant from Pecs, Hungary, who had found work as an accountant on the Isle of Man in Great Britain. After a while, she had reconnected on the internet with an old beau from Pecs; married him and was now living in a village in Switzerland. She used the ICE Sprinter to get her quickly to see her clients in Germany.
The 8:05 Sprinter from Berlin’s Hauptbahnhof got me to Nuremberg just before 11 a.m. My plan was to spend the day seeing Nuremberg; then take a late afternoon Sprinter on to Munich to spend the night.

Sightseeing in Nuremberg
I stored my bag in a station locker; went to the tourist office across the street for a map, and set off to visit the city’s Spielzug-museum, its Toy Museum. It was about a 15-minute walk away. As long ago as the Middle Ages, Nuremberg was renowned for its mechanical toys and the city is the site annually of the world’s largest toy fair. A favorite childhood book of mine was “The Nuremberg Toys” which told of the night the Toy Shop’s toys had tired of sitting on shelves waiting to be sold and had taken to the streets of the city – tin soldiers, rocking horses, Jumping Jacks, stuffed lions that could roar, elegantly dressed dolls. I had long wanted to see some of those toys. I knew that here were floors full of them at the museum. After an hour’s visit, with plenty of time to spare before I picked up the 4:02 Sprinter, I walked on to the 15th-century Albrecht Durer house. The artist’s home is one of the few historic sites that survived the Jan. 2, 1945 Allied bombing of Nuremberg in World War II. In the 15th century, the city had become the capital of the Holy Roman Empire, and Adolf Hitler saw it as the quintessential German city. It became a Nazi party center. Hence, its destruction. It has, however, been almost entirely rebuilt.

I walked back to the Hauptmarkt (Market Square), renowned for its Christmas Market. It is the site of the reconstructed 16th-century Frauenkirche (Church of Our Lady) Unfortunately, I was just too late to see the trumpeters on the tower’s mechanical clock. Daily, precisely at noon, they march out to announce the presence of the Emperor Charles IV awaiting the arrival of the electors who had chosen him. But I did explore the square and joined other sightseers admiring the elaborate Gothic Schoner Brunen (Beautiful Fountain) where newlyweds are promised happiness if they rub a certain ring on the structure. At a sidewalk café, I ate a lunch of little marjoram-flavored Nuremberg sausages that have been a favorite in the city for 700 years. So fortified, I made my way up the hill that leads to the reconstructed Kaiserburg (Imperial Castle) that was of great importance in the days of the Holy Roman Empire. It rises on a rock escarpment and affords a splendid view of the city below.

I was able, after my brief sightseeing tour, to walk back to the train station; retrieve my bag, and catch the 4:02 Sprinter. I was in Munich an hour later. There was much that I had missed in Nuremberg, of course. There are underground tunnels where art works were hidden. A tram-ride away – but requiring a full day to see – is the site of the Nuremberg Trials where war crimes trials were held after World War II. But my high-speed train ride had given me a taste of what – on a longer visit – I would be able to see.

Munich, Erfurt & Beyond
Just after 5 p.m. I was in Munich, where I spent the night and had almost a full day of touring. I had been in Munich before, but I visited Marienplatz – St. Mary’s Square – the city’s shopping center and the location of its Neues Rathaus – New Town Hall – where, as in Nuremberg, mechanical figures, several times a day, pop out of the tower. These figures re-enact scenes from Munich’s long history.
I walked through its extensive Viktualienmark (Food Market) where I enjoyed its extensive display of foods of all sorts. Then I visited the magnificent, incredibly elaborate late baroque Asamkirche (Asam Church), designed by two architect brothers in the late 18th century.
I had a museum afternoon at Lembachhaus (Lembach House), viewing works of the Blaue Reiter (Blue Rider) School of the late 19th and early 20th-century. Wasily Kandinsky, Gabielle Munter and August Macke are among them. I caught the 7:52 p.m. Sprinter that got me to Erfurt at 10:09 p.m. I spent the night there and in the morning, began another day of sightseeing – taking pictures of the Renaissance facades of Erfurt’s elegant houses and of the simple half-timbered ones on its medieval Kramerbrucke (Tradesmen’s Bridge). I left for Berlin on the 6:11 p.m. Sprinter, enjoying a goulash dinner at my seat for about 13 euros. I was back at Berlin’s Hauptbahnhof at 7:51 p.m. after three satisfying days of sightseeing in three cities – having traveled on the Sprinter in style and comfort with a German Rail Pass from Rail Europe. It had allowed me five days of unlimited first-class travel in 30 days for $355 or – had I opted for second class – the cost would have been $263. Now I was looking forward to sightseeing in Berlin!

And, with three days of travel left on my German Rail Pass, I would be able, too, to visit Dresden, about three hours away on a regular train. There would be Meissen porcelain to see in its Zwinger Museum and, in its Albertinum Museum, jeweled objects set in ivory and amber and silver and gold. If I stayed overnight, I might be able to attend an opera in its magnificent opera house.
Or I could go to Leipzig, renowned for its musicians – Felix Mendelssohn who worked there; Richard Wagner who was born there; Robert Schumann who attended university there, and Johann Sebastian Bach who was the choir master at its St. Thomas Church, where choir concerts still are given. I could get to Leipzig with my German Rail Pass on a regular train in an hour and a half.
Information on German Rail Passes may be obtained from www.raileurope.com by going to German Rail Passes. Both tickets and reservations may be purchased online. 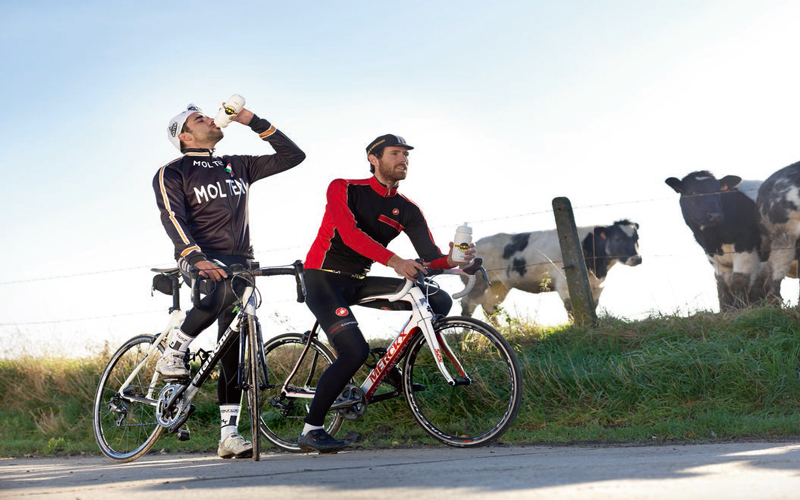