Spain is always at the top of everyone’s list of favorite getaways.

Tapas, flamenco and reveling till the wee hours in those cool Madrid bars, no wonder everyone takes a siesta in the afternoon. The fabulous nightlife is just one reason to be enthralled with this happening and sophisticated capital city. Get up close and personal with Spanish masters Velazquez, El Greco and Goya, among many others at the world famous Prado Museum.

The opulent 4,500 room Royal Palace, one of the most beautiful in Europe with its Royal Armoury, Royal Pharmacy and Royal Theatre  is a sight to behold. Other attractions include: The famous Alcalá Gate, a neo-classical monument in the Plaza de la Independencia Square, regarded as the first modern post-Roman triumphal arch built in Europe, located next to Madrid’s most popular Park, El Retiro; pretty Plaza de Colon where a giant statue honoring Christopher Columbus towers over the square; and Plaza Mayor, Madrid’s grand arcaded popular central square.

Madrid is also a foodie paradise and the bustling Mercado de San Miguel offers a dizzying array of yummy specialties. Savor artisanal ham, cheese and other tasty delights with a glass of excellent Spanish wine. Fashionistas will love the stylish boutiques on Serrano Street, which runs through the heart of the Salamanca district. On Sundays, everyone heads to El Rastro Flea Market for clothing, antiques, collectors items and more.

Toledo, The Heart and Soul Of Spain

The ancient city of Toledo is an enchanting UNESCO World Heritage Site. It is also known as the city of 3 cultures, a place where Christians, Muslims and Jews lived together peacefully in the Middle Ages and built an impressive array of churches, convents, palaces, fortresses, synagogues, and mosques.

The splendid Cathedral of Toledo, one of Spain’s top ten, a notable example of medieval Gothic architecture, is renowned for its sacristy – a veritable art gallery of the country’s masters, with works by Velázquez, Goya and El Greco. Don’t miss the Church de Santo Tomé to see El Greco’s most famous masterpiece, El Entierro del Conde de Orgaz. Drop by the magnificent synagogue Sinagoga del Tránsito with its vast main prayer hall done in Mudéjar style and exquisite intricately carved pine ceiling which houses the Museo Sefardí. Exhibits include archaeological finds and a memorial garden.

The city is also known for its crafts, including Damascene metalwork. However, Toledo’s most famous art works are the haunting masterpieces by El Greco displayed throughout the city’s churches and convents as well as at the El Greco Museum.

Seville intoxicates the senses with its orange tree lined streets, sounds of Flamenco and tasty tapas. This colorful metropolis situated on the banks of the Guadalquivir River and drenched in sunlight most of the year has a rich Moorish heritage. The capital of Andalusia is known for its whitewashed houses with bougainvillea, ocher-color palaces, Baroque facades and fun loving people.

The Palacio de las Duenas, the palatial residence of the Duchess of Alba is worth a visit. It houses the rooms where this beloved Seville icon, a bohemian-chic aristocrat, entertained Jackie Kennedy and had her daily flamenco lessons amid her prestigious collection of Roman sculptures, art and Flamenco fans. Don’t miss the Flamenco Museum where you learn about the fascinating dance, view the costumes, watch films of the greats such as the spellbinding Antonio Gades and see a live show.

The Royal Alcázar Palace’s lush fountain filled gardens, courtyard of dolls and maids and sumptuous Hall of Ambassadors evoke the stirring images of A Thousand and One Nights. Close by, the gigantic gothic Seville Cathedral dazzles with the world’s biggest altarpiece, the ornate tomb of Christopher Columbus and famed minaret turned bell tower, the Giralda. After taking in the sights, alight at an outdoor café on lively Calle de las Sierpes, the main shopping street and perhaps be surprised with an impromptu street flamenco show.

Cordoba, with its fragrant orange blossoms, was an important Roman city and a major Islamic center in The Middle Ages. This thousand-year-old city in Andalusia is a living museum of the different cultures that settled here. You can see this as you stroll the old quarter, a UNESCO World Heritage Site with its scenic alleyways, squares and pretty white washed courtyards surrounding the famed Great Mosque-Cathedral. Originally built as an immense Mosque with Byzantine mosaics, it became a grand Catholic church and a Renaissance-style nave was added in the 13th century when the Christians conquered the city.

Meander through the Juderia de Córdoba (Jewish Quarter) with its charming cobblestone streets filled with all varieties of shops, tabernas and music. Other attractions in the Historic Center of Cordoba include a 14th-century synagogue and the Alcázar, a medieval palace fortress with Mudéjar inspired gardens and courtyards. Medina Azahara, located on the outskirts of Córdoba, the ruins of a vast fortified Andalus palace-city, is sure to impress.

Cordoba’s 70-minute horse equestrian show is a must. Guests get to ogle at the beauty and showmanship of the Andalusian horse, (pure Spanish thoroughbred). Music and dancing are spectacularly combined with the horses’ creative displays and spirited exercises at this unique and entertaining show. It’s not unusual for spectators to jump to their feet cheering.

Granada, with its beautiful buildings against the backdrop of the snow-capped Sierra Nevada Mountains, contains Spain’s greatest monument. The Alhambra, a colossal Royal City built by the Moorish Kings, has long inspired poets, musicians, writers and romantics.

This spectacular hilltop palace complex with intricately carved medieval walls, glazed-tile walkways, serene patios, beautiful fountains, elaborate honeycomb-domed ceilings, soaring Arabesque archways and stunning landscaped gardens will transport you back to the time of sultans and harems. The Court of the Myrtles’ reflecting pool and otherworldly star pattern representing the seven heavens of Paradise in the Chamber of the Ambassadors, as well as the Courtyard of the Lions are just some of the dazzling attractions. After the visit, head to San Nicolas Mirador for the best sunset views of the Alhambra

The Royal Chapel, located between Granada Cathedral, the old Fish Market and the Church of Sagrario, is a worthy stop. Built in the early sixteenth century in the Isabelline Gothic style, it’s the burial place of the Spanish monarchs, Queen Isabella I and King Ferdinand, the Catholic monarchs. The building also contains a gallery of artworks associated with Queen Isabella. Granada was the last stronghold of the Moors and their legacy is seen throughout this charming city where spicy aromas wafting from street food stalls, teterias – Arab style tea houses, and Islamic architecture coexist with grand churches, traditional tapas bars, bohemian cafes and intimate flamenco haunts.

Near to the city center, hilltop Montjuïc offers many exploring options amid beautiful botanic and sculpture gardens, an ancient castle, and museums with striking views at every turn. In the evening, dine at one of Barcelona’s superb gastronomic restaurants. Afterwards, hit the nightlife in this lively town and have a blast.

Take an excursion to explore the beautiful countryside and Mediterranean coastline with its lovely beaches. Don your sunglasses and enjoy scenic Costa Daurada, (the corridor of land south of Barcelona), and the stunning Costa Barcelona. Along the way, a Cava tasting is a must! 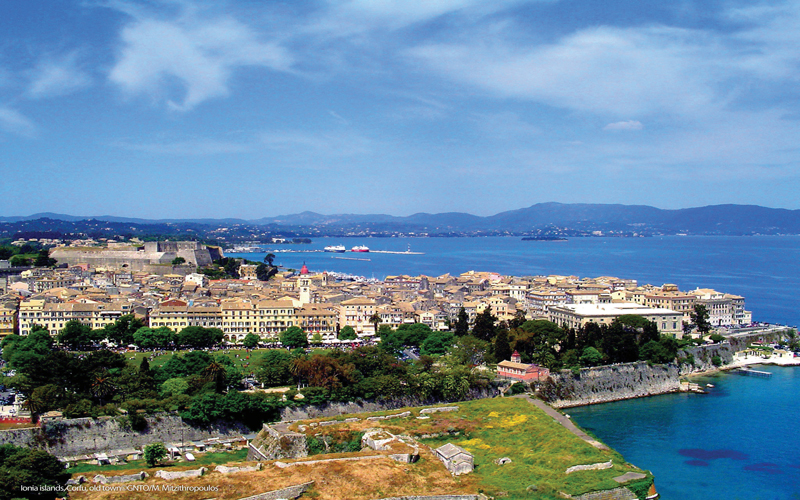 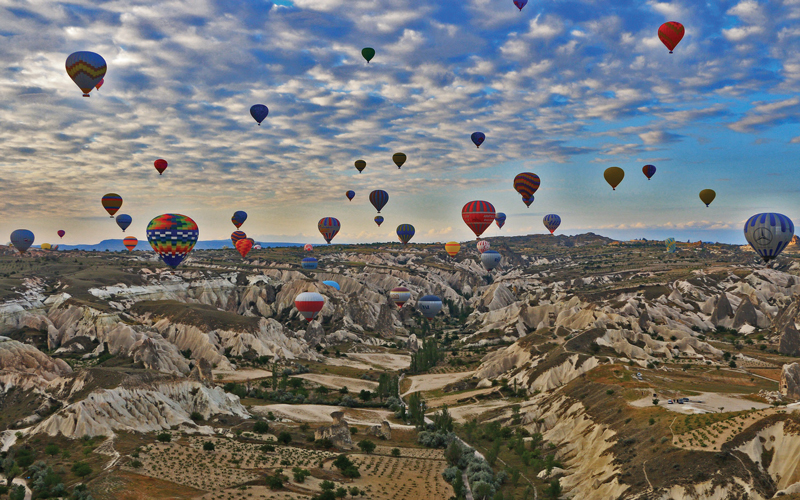