With more than 2,000 Christmas markets in Germany, 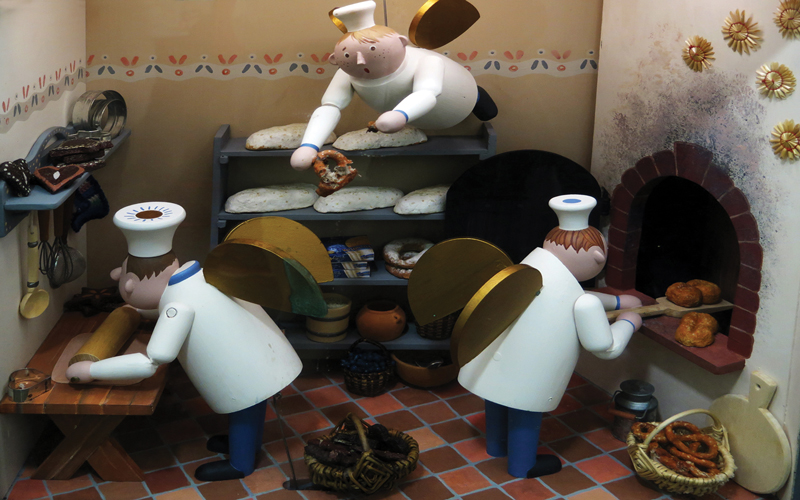 travelers are spoiled for choice. That can leave travel agents puzzling over where to suggest, especially for clients who have “been there, done that” on the usual itinerary of famous markets. While these best-known markets – Nürnberg, Rothenburg, Munich, Cologne and a few others – are still fun to visit, they are also the most crowded and nearby hotel rooms harder to book.

You can assure your clients of dazzling Christkindlmarkts in the less-traveled states of eastern Germany, and plan an itinerary that takes them to the home of some of Germany’s most cherished holiday traditions. These include the beautiful wooden angels, Santas, nutcrackers and other ornaments sold in markets all over the country.

Travel back in time

Begin a trip in Dresden, a beautiful city overlooking the Elbe River, gloriously re-built after World War II bombings and 45 years of neglect under the Communist rule (www.dresden.de/en/tourism/tourism.php). Here clients will find Germany’s oldest Christmas market, dating from 1434. The Striezelmarkt is named for Germany’s treasured Christmas treat, Dresdner Christstollen, known here as Striezel. Pine-decked cabins sell loaves of this buttery fruit-studded bread, and on the second weekend in Advent, the world’s largest Dresden Stollen (it weighs 4 tons and is 13 feet long) is paraded through the streets, then sliced and sold for charity. Along with stollen and local food and drink, the market features local woodcarvers’ art, especially candle arches to place in windows, a German Advent tradition that began here in Saxony (www.saxonytourism.com).

The Striezelmarkt is only one of several Christmas markets in the Saxon capital city. The second largest is the Augustusmarket, along the wide Hauptstraﬂe, just across the river. The tree-lined promenade is ablaze in white and gold lights, and this market adds an international flair with cabins selling food and warming drinks from Scandinavia, Italy and France in addition to local foods and handcrafts.

The soaring dome of the newly rebuilt Baroque Frauenkirche looks down on one of Europe’s most beautiful squares, the Neumarkt, which is turned back a century or two, to its appearance at fairs of the 1800s. The merchandise displayed follows the same ethic, only high-quality traditional and hand-made goods sold by costumed craftsmen and artists; traditional singers play lutes as they stroll through the market.

Clients can step back even further inside the nearby courtyard of the Dresden Royal Palace, as they enter Medieval Christmas in Dresden. No electric illuminations or plastic forks break the ambiance of the Middle Ages as craftsmen of different guilds demonstrate and sell their handmade pottery, felt hats, woodenware, leatherwork, weaving and herbal crafts. A convenient hotel between the Neumarkt and Medieval markets is the contemporary Amedia Plaza Dresden (www.amediahotels.com).

Many of the traditional wooden ornaments and decorations clients will see in Christmas markets all over Germany originate right here in southern Saxony. When the mines in the nearby Erzgebirge (Ore Mountains) closed, unemployed miners turned to their woodcarving skills for a living. And so began an industry that sustained them even through the darkest years of the Communist era. Although Christmas was officially turned into “a socialist peace festival” and the hundreds of tiny painted angels were renamed “winged New Year’s figures” the craft survived. Entire towns thrive on creating and selling brightly painted wooden toys and holiday decorations that include the traditional scowling soldier nutcrackers, pink-cheeked angel choirs, round little Santas and Christmas pyramids – carousels of holiday figures that turn from the heat of a candle. Traditionally unpainted are the intricately carved windowsill candle arches.

Two towns in particular are known for their woodcarvers, and each has a Christmas market. In the cozy market square of Annaberg-Buchholz, snow-covered cabins outlined in lights look like gingerbread houses clustered under the gigantic Christmas tree, and a giant six-tiered Christmas pyramid spins its life-sized wooden figures (www.annaberg-buchholz.de/en). A larger-than-life wooden Santa presides. Suggest clients warm up with a visit to Manufaktur der Träume (maker of dreams), a multi-level museum filled with more than 1,000 beautiful carved and painted Christmas decorations, toys and intricate working dioramas. It’s a good place to learn more about the woodcarvers, their history and their work.

Nearby Seiffen was known for its wooden toys even before the mines closed, and today the entire town is lined with shops and selling Christmas decorations. The centerpiece of Seiffen’s museum is a 20-foot-tall wooden pyramid of painted Christmas figures, and around it displays detail the woodcarving and turning processes and their history. Seiffen’s Christmas market, as you can imagine, is a wonderland, populated with life-sized toys and Christmas figures. Costumed local children become “Lebendiges Spielzeug” – Living Toys.

Farther north in Saxony, Leipzig Christmas Market dates from 1548 and fills the magnificent Marktplatz in its historic center with more than 250 decorated cabins, enlivened by daily serenades by trumpeters from the balcony of the town hall. Meanwhile, Augustusplatz becomes a Finnish Village redolent of smoked salmon and fruit glögi; an Ancient Leipzig market in the Naschmarkt showcases traditional local crafts. The lawn in front of St Thomas Church becomes a Fairy Tale Forest where favorite stories come to life, while inside the church, the famous St. Thomas Boys Choir sings in Christmas concerts. The new Innside Hotel by Melia (www.melia.com) is a beautiful hotel right opposite St. Thomas Church and two blocks from the Marktplatz festivities.

Along the Baltic coast north of Berlin in Mecklenburg-West Pomerania, also once part of the GDR, a trio of former Hanseatic ports – Wismar, Stralsund and Rostock – have been declared a UNESCO World Heritage Site for their outstanding Medieval architecture and soaring brick churches (www.off-to-mv.com/en). Each has a Christmas market with these elegant buildings illuminated as their backdrop. Wismar’s fills the region’s largest market square and each day one door of a giant Advent calendar opens to reveal surprises. At a special children’s market they can create candles, gingerbread and other gifts for their parents. Along with local crafts and foods, your clients will find Swedish and Finnish craftsmen from just across the Baltic.

Stralsund’s festively decorated Christmas market stretches from its Gothic town hall and lofty St Nicholas’ Church in the Alter Markt, past historic houses and shops to the Neuer Markt. Santa arrives here by boat from the Baltic Sea. The largest Christkindlemarkt in Northern Germany is in Rostock, gathering around the largest Christmas tree, at more than 60 feet. The Christmas pyramid here is even taller, and reputed to be the world’s largest. Clients can sample authentic Medieval dishes and watch fire jugglers at the historical market.

Germany’s Christmas markets aren’t just about shopping for beautiful holiday decorations and gifts. They are just as much – perhaps even more – about sharing local experiences, culture and traditions. Nowhere is this more possible than in Eastern Germany where locals still outnumber tourists and foreign visitors are especially welcome. 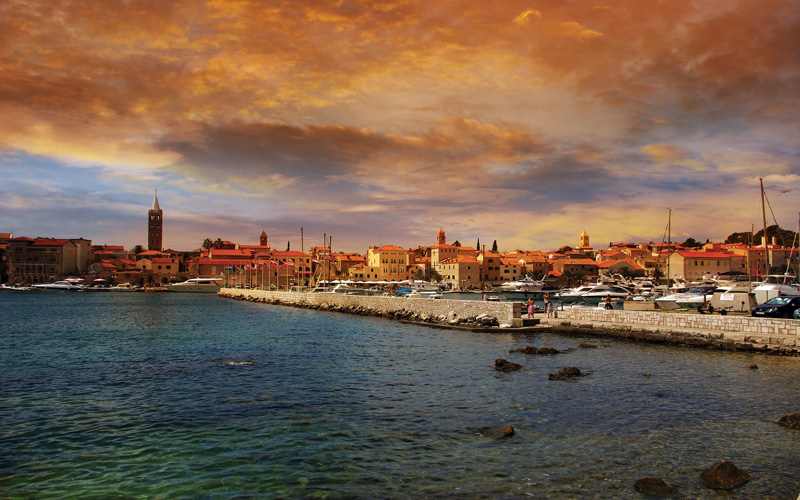 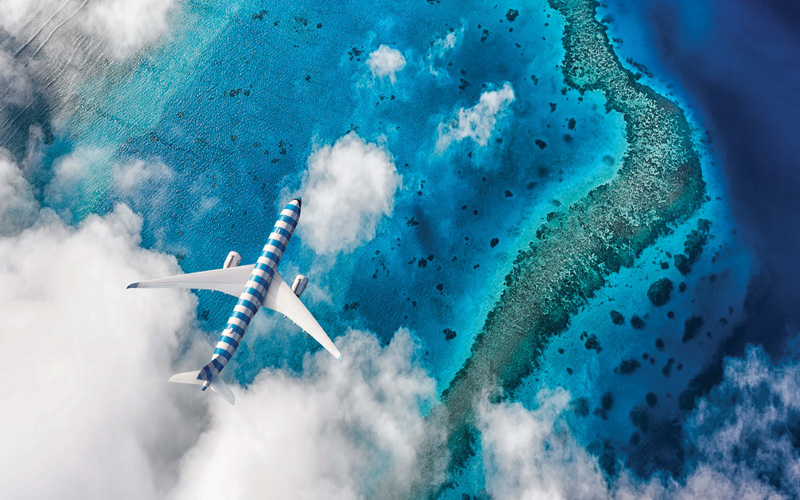