Caribbean Tourism – State of the Industry

The Caribbean suffered a double whammy in 2017: 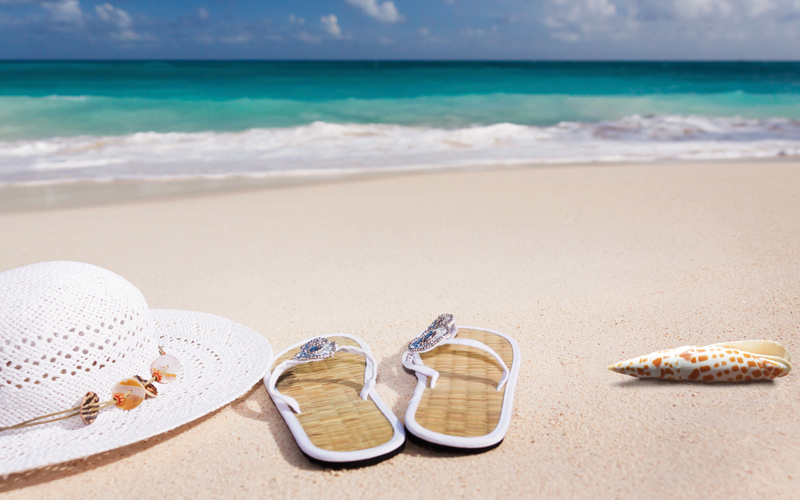 first from a pair of hurricanes that cut destructive paths through the region and cost the region an estimated 800,000 visitors, and then what Caribbean Tourism Organization Secretary General Hugh Riley calls an “image disaster” – the widely held perception that the entire Caribbean was devastated by the storms.

With disaster recovery on the affected islands transitioning to reconstruction – including efforts to “build back better” after the storms – Riley and other leaders want to make sure the public misperceptions about the region don’t linger.

“Countries like Dominica, St. Maarten, and the British Virgin Islands are on their way back,” says Riley in an interview with JAX FAX at CTO’s 2018 State of the Industry Conference (SOTIC), held the first week of October at the Atlantis resort in Nassau, Bahamas. “Turks and Caicos are back as if it never happened. Seventy-five percent of the region wasn’t hit by the storms, but hit by ignorance of geography.”

“Travelers and the media were uninformed about the size, scale and geography of the Caribbean and the fact that many islands were untouched,” echoed Stephen McGillivray, CEO of Travel Leaders Group, in his keynote address at the conference. “Some media stories even confused Aruba and Antigua, Barbados and Barbuda.”

Fortunately, travelers have been relatively quick to shrug off the storms and return to the Caribbean, hailed by Bahamas Prime Minister Hubert A. Minnis in his welcome address as “one of the world’s most powerful brands.”

Prior to the 2017 hurricanes, the Caribbean was set for a record year in terms of tourist arrivals, and some destinations still set new marks for popularity among travelers despite the storms.

Antigua and Barbuda, for example, topped one million visitors in 2017, largely driven by a 25 percent increase in cruise arrivals, despite the widespread destruction caused in Barbuda by Hurricane Irma. Cruise and air arrivals have continued to grow in the first half of 2018, a trend that should continue with the planned 2019 opening of a fifth, Oasis-class capable cruise berth in St. John and a trio of new resorts to tempt travelers in the next nine months: the Royalton Antigua, Elite Island Resorts Hammock Cove, and Elegant Hotels’ Hodges Bay Resort and Spa.

Grenada, too, has benefitted from strong cruise numbers, growing overall arrivals by nearly 20 percent in 2017, including 27 percent more cruise visitors. Jamaica’s cruise arrivals are up 16.1 percent and overnight visitation rose 7.9 percent, the biggest increases in five years. Both islands were fortunate enough to avoid any serious storm damage.

“Our research department anticipates an overall decline of between three and four percent this year, but predicts a 4.3 percent increase next year,” said Riley. “Cruise, on the other hand, is projected to grow by five percent to six percent this year.”

In Barbados, the winter 2017 opening of the Sandals Royal Barbados and reopening of the Fairmont Royal Pavilion resorts helped fuel more modest but steady growth in arrivals. Scheduled debuts for winter 2018 are less dramatic, but nonetheless intriguing: the St. Nicholas Abbey Heritage Railway will add a family friendly attraction to one of the Caribbean’s best rum distilleries and historic sites, while travelers will be able to extend their Barbados stay to the last possible minute at the Virgin Holidays Departure Beach, a beachfront airport lounge debuting on Brownes Beach in December.

SOTIC host country Bahamas also touted rebounding numbers post-hurricane, which Bahamas Tourism And Aviation Minister Dionisio D’Aguilar attributed to an overall strong economy, the opening of the multibillion dollar Baha Mar resort, and – in a moment of blunt honesty – to the storm-related woes of Caribbean neighbor islands, which led some travelers to choose a Bahamas vacation, instead.

Recovery has been slower but still steady in Puerto Rico, where 135 hotels are now open across the commonwealth; Dominica, which reported that 57 percent of its hotel rooms are back online, with another 470 due by 2020; and the British Virgin Islands, which is predicting that 75 percent of its hotel stock will once again be bookable by the end of 2018.

Without irony, Riley said the 2017 hurricane experience points to the need for the region to establish a permanent “rainy day fund” that can be used to better communicate the differing conditions from island to island in the aftermath of future regional disasters. The CTO’s newly announced media campaign, dubbed The Rhythm Never Stops, emphasizes the resilience of the islands and their people in the face of adversity as well as delivering the message that the Caribbean has rebounded from the storms and is welcoming back visitors.

Travel advisors also have a critical role to play in getting that message out, said McGillivray, pointing to Travel Leaders’ partnership with the One Caribbean Family effort launched in the wake of the storms.

“We asked our thousands of travel advisors to identify themselves as One Caribbean Family Ambassadors through their websites, social media channels, and client communications, and share the news that the Caribbean was open for business,” he said. “We created consumer marketing materials focused on unaffected destinations and spread the word as others reopened their doors.”

As those doors swing open again, members of a SOTIC expert panel on sustainability urged hoteliers to rebuild their infrastructure to be more resilient when the next storm inevitably hits. “Don’t put the generator in the basement, and if you live with 98 percent sunlight why the hell are you using fuel anyway?” said retired U.S. Lt. Gen. Russel L. Honoré, who coordinated the U.S. military’s response in the aftermath of Hurricane Katrina in 2005.

Tom Hook, principal at Toronto based B&H Architects, said resorts need to be built with natural drainage areas in mind, even if that means setting rooms back from the beach to allow flood waters to flow along their natural path back to the sea. Bioswales – ditches that allow water to flow through – and innovations like permeable paving and roofs covered with vegetation to absorb rainwater also can help reduce or prevent damage during the next hurricane, said Hook. Jena Tesse Fox, associate editor at Hotel Management magazine, noted that St. Barts’ quick recovery from Hurricane Irma was greatly aided by the island’s earlier decision to place all of its utilities underground.

“There are three things in life you don’t want to be cheap about: shoes, rum, and building a hotel that can sustain a hurricane,” said Fox. “However much it costs to build a hotel that can survive a storm pales in contrast to cost of rebuilding.”

“We have to find a way to get these thoughts to coastal zone managers in our region,” said Riley. “Tourism can’t do it alone. This is an existential threat: it can change our lives fundamentally.” www.onecaribbean.org 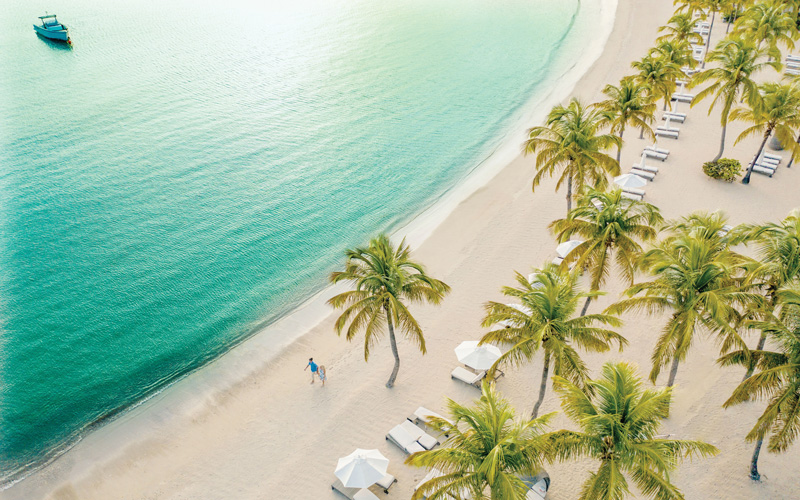 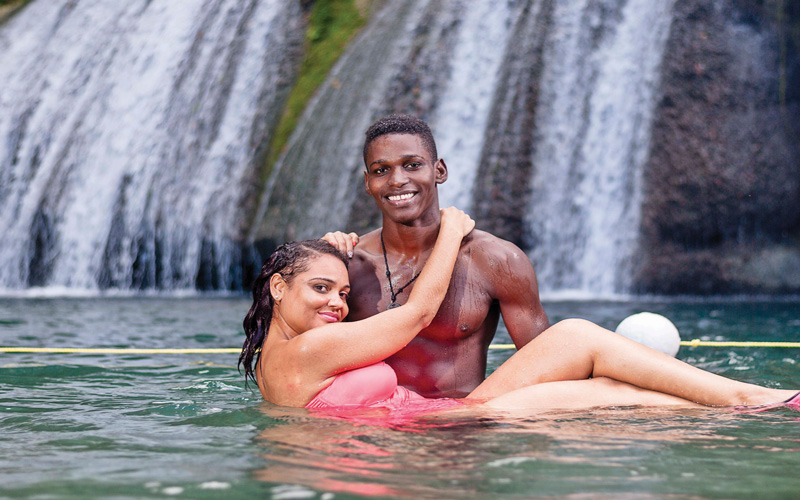 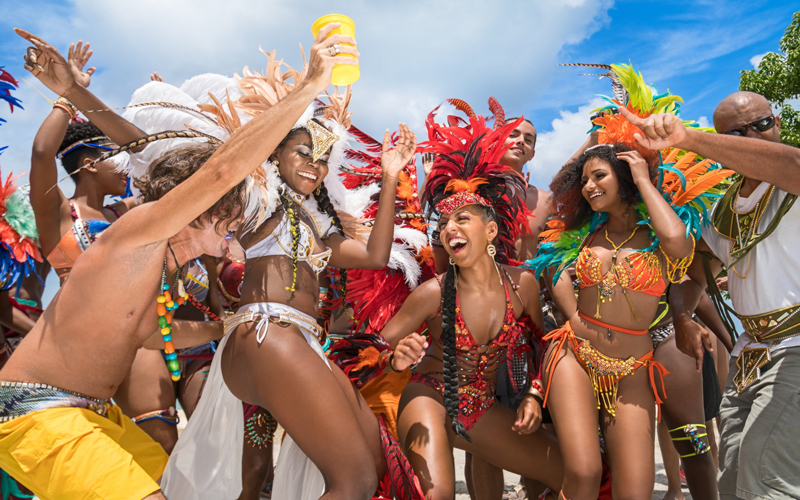