To quote the Bajan muse Rihanna, Barbados wants to know “Where Have You Been,” especially come summertime in the Caribbean. 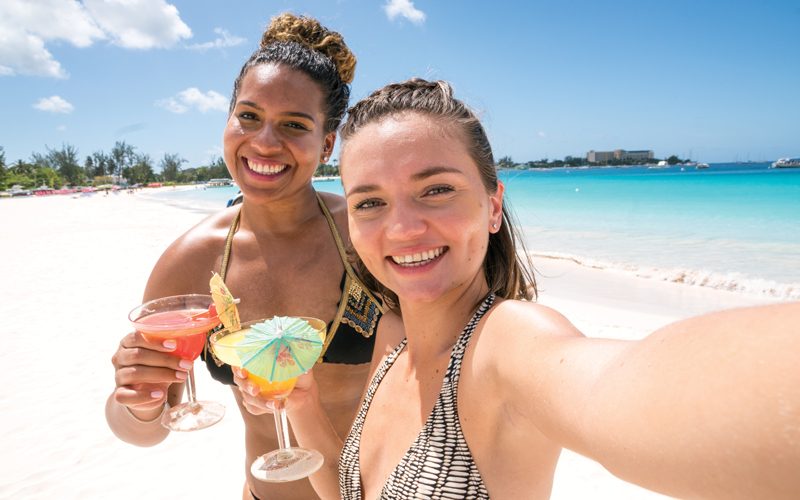 New year-round flights make Barbados more accessible than ever, and hot summer events include the revived Barbados Beach and Wellness Festival and of course the island’s unique take on Carnival, Crop Over, a month-long party that happens every July.

The return of the Wellness Festival heralds 2019 as Barbados’ Year of Wellness & Soft Adventure, the latter of which includes experiences ranging from the island’s legendary east coast surfing to exploring Harrison’s Cave, learning to windsurf under the tutelage of “de Action man” Brian Talma at Silver Sands, and exploring the island’s reefs and wrecks during Dive Week in July – or any time of year.

Other adventure travel experiences available to clients include swimming with turtles on an Action Charters (www.actioncharters.com) catamaran cruise, and racing go-karts or driving high-performance cars at the Bushy Park race track (www.bushyparkbarbados.com).

American Airlines’ (www.aa.com) new daily service from Charlotte to Bridgetown, Barbados is a big addition to the island’s airlift: the nonstops launched on December 19 and replace American’s previous Saturday-only service. American also is adding a third daily flight to Barbados from its Miami hub, increasing service to the island between April 2 and Aug. 20 by nearly 50 percent.

Flights touch down at Bridgetown’s Grantley Adams International Airport, slated for a $40-million expansion in the next few years. Virgin Holidays (www.virginholidays.co.uk) recently caused a stir when it opened Departure Beach on Barbados’ Brownes Beach; alas, this beachfront “airport lounge” is currently available only to visitors traveling with Virgin Holidays from the U.K.

Barbados’ luxury appeal is reinforced by the fact that it is just one of two Caribbean destinations where JetBlue (www.jetblue.com) offers its premium Mint class service from both Boston and New York. Overall, Barbados has been growing in popularity, with U.S. arrivals growing 11.7 percent between 2016 and 2017, and up an additional 8.8 in the first half of 2018.

Arriving clients will find an island known for its high-end resorts but also its rich cultural heritage ranging from rum (Barbados claims to be the birthplace of the spirit) to George Washington, who visited the island as a teenager. Among the 40 Barbados resorts getting recent makeovers include Relais & Chateaux Cobblers Cove resort (www.cobblerscove.com) – known equally for its Camelot restaurant and its English Caribbean elegance – which upgraded all 40 of its guest suites, including new bathrooms and floors with tiles from locally sourced coral stone.

The Fairmont Royal Pavilion resort
(www.fairmont.com/royal-pavilion) is also coming off a renovation project that touched all 72 of its guest rooms, including low profile furnishings and new windows and doors for improved views of the Caribbean landscape outside. A late 2017 renovation of the Hilton Barbados  (www.hilton.com/barbados) also included the introduction of butler service at the 350-room resort.

The opening of Nikki Beach Barbados (www.nikkibeach.com) in December 2017 served to reinforce Barbados’ luxury pedigree, while the debut of the Sandals Royal Barbados  (www.sandals.com/barbados) helped raise the island’s profile among U.S. travelers looking for an all-inclusive stay with a familiar brand (Sandals also has announced plans to build a Beaches Barbados resort, to open in 2020).

Also slated for a 2020 debut is the first Hyatt Centric (www.hyatt.con/centric) in the Caribbean, a twin tower, 190-room full-service lifestyle hotel planned for downtown Bridgetown and designed to appeal to both business and leisure travelers. In another “first,” Hilton Grand Vacations Inc. will soon start offering timeshare rooms at The Crane Resort (www.thecrane.com) – the company’s debut in the Caribbean.

All Aboard for New Bajan Experiences

Barbados’ newest attraction, the Heritage Railway (www.snahr.com) , originates at one of the island’s oldest plantation homes, St. Nicholas Abbey, a Jacobean mansion built in 1658. Set to begin service in January 2019, the railway will feature a 45-minute trip through the Bajan countryside to the top of scenic Cherry Tree Hill with open cars pulled by a vintage steam engine. Journeys can begin or end in the tasting room at St. Nicholas Abbey, one of Barbados’ top producers of high-end rums.

Clients who appreciate a finely aged rum also will want to get a taste of the new Rum Vault at the Colony Club, the Elegant Resorts property on Barbados’ Platinum West Coast. The Rum Vault offers tasting flights from its collection of 150 premium rums from Barbados (such as the new Mount Gay’s 1703 Master Select) and around the world guided by a rum sommelier, and also features rum dinners and classes on cooking with Barbados’ native spirit.

Barbados is among several islands to claim the title of Caribbean culinary capital; the fact that it’s the only one in the region with its own Zagat guide adds credibility to the boast, as does the presence of internationally known restaurants like The Cliff, Champers, and Daphne’s. The 2018 debut of Hugo’s Restaurant on the Speightstown beachfront only adds to the island’s generous serving of fine-dining options.

Finally, fans of Barbados’ most famous pop star will be thrilled to learn that Rihanna spends significant time on her home island when she’s not touring. There’s no guarantee that clients will cross paths with “Ri Ri” during their visit, but a boat tour may offer a glimpse of her $22 million beachfront home at Sandy Lane. The recently named Rihanna Drive in Bridgetown includes the singer’s modest childhood home, and fans also can check out some of Rihanna’s favorite Barbados hangouts, including Daphne’s, the bars of St. Lawrence Gap, the Oistin’s Fish Market, and the roof terrace at Sandy Lane.

Travel advisors who want to learn more about selling Barbados can take part in the annual Spirit of Barbados mega-fam or get certified through the Barbados Elite Club (https://us.barbadoseliteclub.com/). For tourism information, go to www.visitbarbados.org 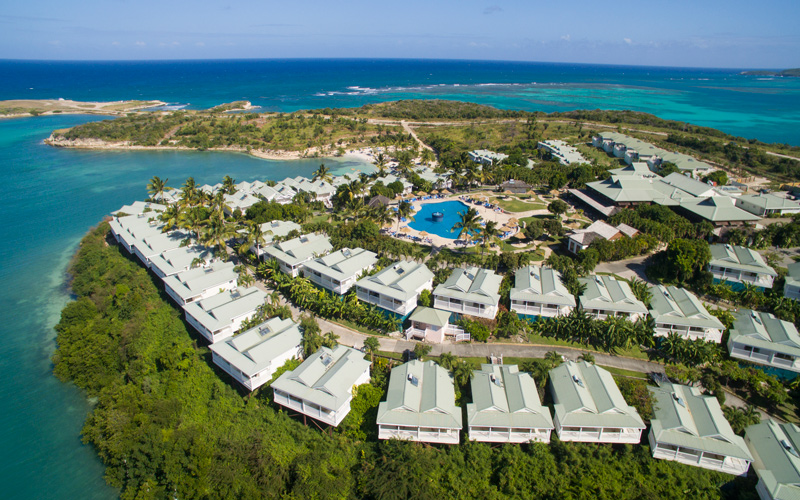 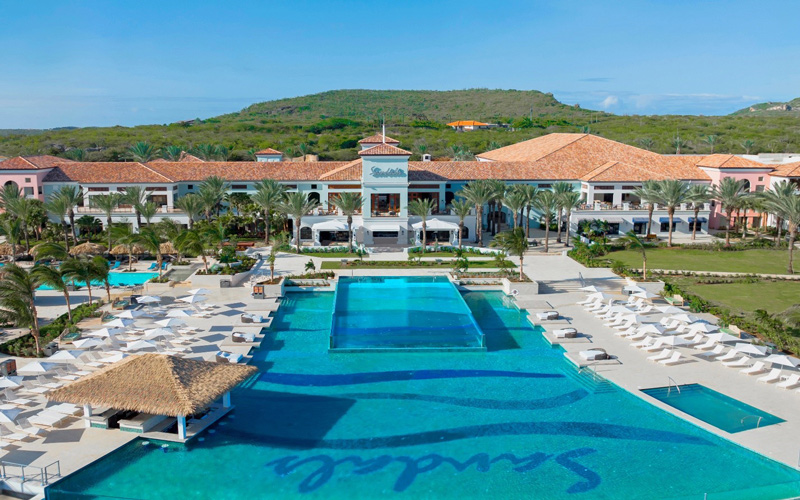