What do these great sites have in common: 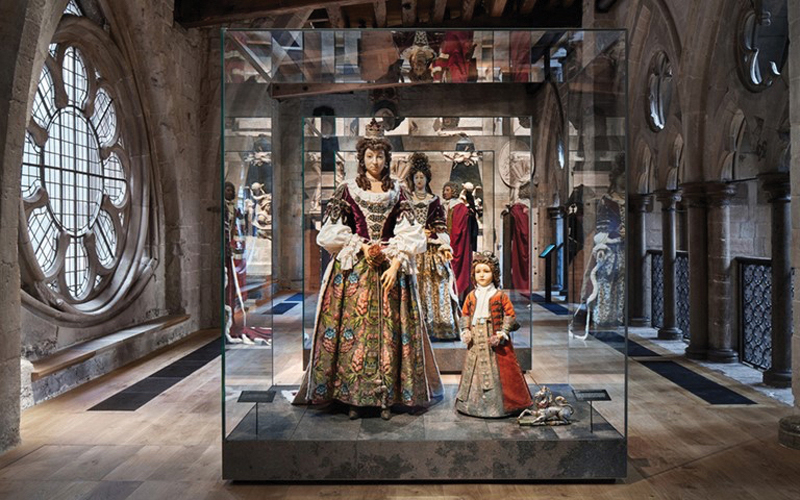 The Taj Mahal, the Pyramids and Castle St. Angelo? Great architecture all associated with the departed – departed on a one-way journey: Mumtaz Mahal, the Pharaohs and Roman Emperor Hadrian. They all reside in buildings you’re dying to see – all especially built to house and glorify the dead.

While it’s difficult to visit living celebrities (unless you’re one yourself) – it’s much easier to visit dead ones. Let’s first take a look at the loners – one mausoleum per person.

And it doesn’t have to be depressing. If you travel with a good pair of glasses and use your cellphone’s flashlight – you might even have a good laugh along the way.  You don’t need Bartlett’s quotations – just read the epitaphs on tombstones for wit and wisdom. The dead truly get the last laugh. As for wit, nothing beats, Sir Christopher Wren’s (architect of London’s St. Paul’s Cathedral) epitaph on his tomb in his church’s crypt, “Reader, if you want to see my monument look around you.” As for humor, my favorite is Merv Griffin’s epitaph, “I will not be back after this commercial.”

“Deathstyles of the Rich and Famous” vary according to the religion, income, status and the philosophy of rulers who are in power when they were built – and sometimes in power when you visit.

At the height of the Cold War, Nikita Khrushchev said, “We will bury you!” Today, the Russia of the 21st century is waiting to remove Lenin from his tomb on Red Square – and bury him (as per his wishes). When I visited the Soviet Union when I was a child – Russians lined up for hours to pay their respects to Lenin – and tourists were led in without waiting in line. Today, a native Russian wouldn’t be caught dead waiting in line for viewing. It’s the tourists who line up for hours. Speaking of Khrushchev, ironically a Soviet “Modern” sculptor, whom Khrushchev banned, was chosen by him to design his memorial that you can see in Moscow’s Novedevichy Cemetery.  There are many more tales of the real crypts around the world. Indoor sightseeing at its best.

Where you stand in life determines where you stand in death — from Potter’s Field to mausoleums revered by hundreds of thousands every day such as Mao Tse Tung’s “Mao-soleum” in Tiananmen Square to Grant’s Tomb in Manhattan rarely visited even by his descendants.

Let’s visit some of my favorite “haunts.” (In fact, let’s turn this into a Travel Channel TV series. Since they do so many “haunted” series – why not do one focusing on the places from which ghosts depart — tombs?) And there are many burial categories to choose from: churches, ossuaries, even backyards — a favorite of presidents and pets. And they turn up in some surprising places such as Leon Trotsky in his backyard in Mexico City, John Reed (“Reds”) in the wall in Moscow’s Kremlin. Even traffic islands in the heart of Manhattan where you’ll find General Worth founder of Fort Worth, TX — worth a peak the next time you visit the Flat Iron Building sharing the same intersection.

Let’s move from one mausoleum per ruler to rulers letting even commoners share their “dead space” – as best exampled by London’s Westminster Abbey.

Westminster Abbey is the most famous depository of the rich, famous and dead. Just as cities with canals in Northern Europe are too often called “The Venice of the North” and imitations of Versailles are called “The Versailles of _______” (<fill in the country) — the standard for church celebrity burials is London’s Westminster Abbey — with other burial churches being called, “The Westminster Abbey of ________.” So of course, we have to start with Westminster Abbey — where kings and queens stand (or rather lay side by side) with authors, poets, artists and composers. While they may not have met in life – Queen Elizabeth I and Queen Mary share companionship in the same room in death. There’s even an Abbey site unknown to most visitors where English kings and queens actually do stand side-by-side – fully clothed – or at least their effigies are.  And they do it in a new gallery that opened in the Abbey just last year – The Queen’s Jubilee Galleries — located in the medieval triforium – affording spectacular overhead views for the abbey below. (There’s so much to see in Westminster Abbey you can always relax in its hidden cloister – and oasis in the center of London.)

Madame Tussaud’s is great for seeing FAKE clothes on FAKE people. And you don’t have to watch “The Walking Dead” to see fashion in tatters displayed on the dead who are better preserved than their wardrobe. You can see real historic fashion on real-life dead people garbed in the latest, as far back as the 16th century, in churches such as the Capuchin Church in Palermo, Sicily where some mummies are even better preserved than Melania or Nancy Pelosi. My favorite high-fashion mummy haunt is a church in the heart of Vienna — opposite the entrance to the royal Hofburg Palace — St. Michael’s.  (And you thought St. Michael’s was a clothing line of London’s Marks & Spencer.)

And now “The Westminster Abbeys of the World” . . .

“The Westminster Abbey of Venice” is the Church of Saints Giovanni and Paolo – the burial place of the Doges – “Kings of Venice” – which doubles as a veritable history of Venetian sculpture.

“The Westminster of Abbey of Florence” — he Church of Santa Croce – burial place of famous Renaissance artists and authors such as Machiavelli, Galileo, Michelangelo. Its facade was completed in the late 19th century by an Italian Jewish architect.

The Westminster Abbey of the Popes – St. Peter’s — The “Split Level” holy burial ground: tombs and chapels of Baroque popes above ground – and earlier popes– plus St. Peter – underground.

The Catacombs of Rome – To see Ancient Roman frescoes you don’t have to journey to the dead cities of Herculaneum and Pompeii – you merely venture underground to visit the empty shelves of the vacated dead in catacombs all over Rome with their Late Ancient Rome/Early Christian frescoes. And here’s something most guidebooks don’t tell you – beneath Villa Torlonia (Mussolini’s Rome home — open to the public) are the Jewish Catacombs.

“The Two Westminster Abbeys of Paris” – The Pantheon is the burial place of great philosophers, authors, scientists and other non-royals, who made a lasting contribution to French society, such as Voltaire, Rousseau, Victor Hugo, Alexandre Dumas (Pere), Louis Braille, Pierre and Madame Curie Simone Veil (EU parliament president).

The seldom-visited church of St. Denis north of Paris (easily accessible by Metro) is the burial place of the remains of the kings and queens of France. Actually nothing remains of the remains of the French Kings and Queens since they were tossed during the French Revolution. However, their amazing sepulchral sculpture should entice the visitor with the history of French sculpture from the Middle Ages through the 19th century. It’s a sort of national portrait gallery.

“The Westminster Abbey of Spain” – Is a mausoleum, which is contained within the sprawling palace complex of El Escorial outside Madrid – the final resting place of kings and queens of Spain.

“The Westminster Abbey of Vienna” — The earliest Habsburgs were buried in Vienna’s main cathedral — St. Stephen’s. While they moved up in life — they moved down in death to the ascetic, small and unpretentious Kaisergruft of the Capuchin Church. The humble church’s basement is the burial place of Marie Antoinette’s mother, Marie Theresa, and brother, Joseph I. Napoleon’s widow – Empress Marie Louise. Crown Prince Rudolf (Franz Joseph’s heir) who committed suicide at Mayerling (or was murdered) and his assassinated mother the Empress Elizabeth (popularly known as “Sisi”) — the wife of Emperor Franz Joseph. The last Habsburg interred there was the last Empress of Austria (during WWI) – the niece of Franz Joseph – Empress Zita. And I witnessed that history I will never forget. I was in Vienna in 1989 watching Zita’s royal funerary procession following the same ancient pomp and ceremony of her predecessors.

“The Westminster Abbey of St. Petersburg, Russia” – Is the church of Saints Peter and Paul in the eponymous fortress — containing the burial place of the Romanovs from the last 200 years of their 300-year reign. (The earlier Romanovs are buried in the Church of the Archangel in the Kremlin.) Before 1850 the Romanovs put their own in St. Petersburg’s Romanov burial vaults: Alexis murdered by his father, Peter the Great. Tsar Paul murdered by Tsar Alexander I. Tsar Peter III murdered by Catherine the Great. After 1850 – the Russian people did it for them: Tsar “Liberator” Alexander II and Nicholas II.

A chapel – separate from the rest of the church – is one of the most moving sites I’ve seen in the 117 countries I’ve visited. It’s where the bones of Nicholas II, his wife, four daughters and son were interred July 17, 1998 (the 80th anniversary of their slaughter) along with those of the doctor and servants murdered with them during the Russian Revolution.

“The Westminster Abbey of Denmark” — is Roskilde Cathedral, the burial place of the kings and queens of Denmar, where I saw the mother of Nicholas II’s (not-so) final resting place. (Empress Maria Feodorovna was born Danish Princess Dagmar).

For almost 10 years I’ve been recommending turning unknown sites into trips of a lifetime. And now here’s another “Been There, HAVEN’T Done That” first — trips of a deathtime — tracking the journeys of the dead. Going nowhere and doing nothing for eternity can be boring. Here are some corpses who beat the odds and traveled after they’re dead – finding better housing for their permanent retirement.

In 2006, Empress Maria Feodorovna (yes, Nicholas II’s mother) finally took the short trip from Denmark to St. Petersburg to be buried alongside her husband, Tsar Alexander III. (Alexander’s tomb is dark red granite. His widow Empress Marie’s is made in the identical style from the same block of stone but looks like it was carved yesterday.)

Christopher Columbus was originally buried in Santo Domingo in the Dominican Republic and braved the Atlantic one last time to the Seville’s Cathedral.  Napoleon finally left the isolation and boredom of being buried on the island of St. Helena for his triumphal return to Paris’ to regain regal validity in Les Invalides to be adored again by millions. It took an Austrian to ship another Austrian to Paris to rest with his father. Yes, Hitler who destroyed families united Napoleon with his son the Duke of Reichstadt — father and son again under one roof moved from the Kaisergruft.  The Revolutionary War hero General Pulaski left a Savannah cemetery — where he was buried after being injured injured in battle for his one-way trip to Poland.  And taking a recent and one of the shortest trips was an even more famous Pole – Pope John Paul II who left St. Peter’s basement for a place of honor – his own chapel near Michelangelo’s Pieta.

In an upcoming column we’re going to risk the elements and venture to the great outdoors – famous cemeteries.