“If We Build Them, They Will Come.” 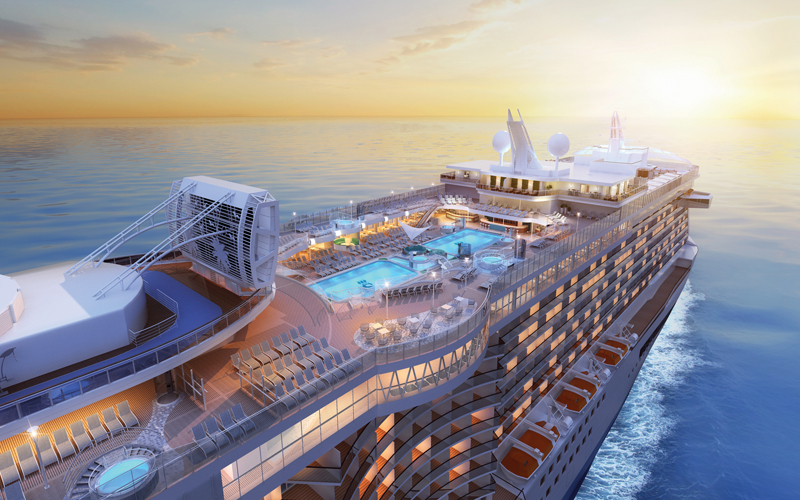 That remains the industry-wide directive, as cruising continues to be the fastest-growing category in the leisure travel market. Fueling the growth are bigger, more exciting ships; the growing appeal to families, the multi-gen market and specialty products geared toward younger travelers; development of new itineraries, new destinations, richer onboard experiences and new transformational experiences.

January 2020 sees the arrival of the 126-passenger, 69-cabin (12 for solo travelers) National Geographic Endurance, Lindblad’s first purpose-built polar expedition ship. Built to go deeper into polar areas than some other ships in the same category, the Endurance also gives a nod to the luxuries that today’s travelers demand-including a spa and fitness area and two infinity Jacuzzis.

The 750-passenger Splendor debuts in February 2020 with many of the same upscale amenities as her sister ship, Seven Seas Explorer, such as the ultra-luxurious Regent Suite and gourmet restaurants.

The Regent Suite, which the line describes as “the most exclusive address at sea,” is a palatial 4,443 square feet, complete with an in-suite spa retreat featuring a personal sauna, steam room and treatment area with unlimited spa treatments; unobstructed 270-degree views over the ship’s bow from the 1,300 square-foot wraparound veranda; and a glass-enclosed solarium sitting area on top of the bridge for a Captain’s view.

On February 6, 2020, the Splendor sails a 14-night itinerary from Barcelona to Miami, followed by a 16-night cruise from Miami to New York. In April the ship returns to Europe for a series of itineraries in the Mediterranean.

The most eagerly awaited launch may be that of Virgin Voyages’ 2,770-passenger Scarlet Lady. When she debuts in April 2020, the adults-only (18 and older) Lady is sure to make a splash with such new-to-the sea features as a tattoo parlor, an outdoor boxing ring and a resident drag queen. The line’s “Vitamin Sea” concept includes a fitness center and spa, while the “adult” concept is reflected in the ship’s 10 private cabanas, dedicated spaces for blowouts and mani/pedi services, Virgin-branded beer, mood lighting, “Seabed” (for hanging out) and on-demand champagne service. During her inaugural season, the ship will sail roundtrip from Miami itineraries (from 4 to 7 days).

P.S. In keeping with Richard Branson’s commitment to cruises for people who hate cruises, Virgin announced the name of the second of three ships for the brand. She will be the Valiant Lady, based in Barcelona, sailing the Med.

With a debut in April 2020, the 2,918-passenger Apex joins sister Celebrity Edge, which launched several new-to-the-sea features, including the Magic Carpet, an open-air deck that offers great views and moves between decks 2 to 16, becoming a restaurant, a bar or an extension of the embarkation area. Also notable: a phone app that unlocks the cabin door, adjusts the thermostat and controls the infinite veranda. For big budget passengers, the ship offers the two-level Edge Villa and the 5,000-square-foot Iconic Suite.

Ponant’s 184-passenger Le Bellot, the fifth of Ponant’s Explorer Series expedition ships debuts in April 2020 with 92 cabins and suites, a pool with counter-current swim technology, a marina for Zodiac launches and kayak and paddleboard options, a theater and two restaurants. Following in July, sister Le Jacques Cartier is the line’s sixth and final ship of the Explorer Series expedition vessels.

P&O Cruises’ 5,200-passenger Iona enters service in May 2020. The biggest-ever ship built for the U.K. market, she will also be the first powered entirely by Liquefied Natural Gas (LNG), the greenest ship in P&O Cruises’ history. New for the line: the half-mile Lanai deck, an outdoor, covered promenade with restaurants and bars.

Iona will sail a season of seven-night Norwegian fjords cruises between May and October 2020.

The 3,560-passenger Enchanted Princess, the fifth in line of Princess Cruises’ Royal-class ships, launches in June 2020 in Europe. The ship will share her siblings’ style, but will attractions of her own, the most spectacular being the new suite category called Sky Suites, located at the top of the ship, with 270-degree views, offering the ability to watch the ship’s Movies en suite. Sky Suites can house up to five people; they offer the largest balconies in the Princess fleet–700 square feet.

Cruisers who want luxury hotel atmosphere and amenities can look forward to Ritz-Carlton’s 298-passenger Evrima, set to debut in June 2020. With 149 suites, all with balconies, five restaurants, an infinity pool, the Evrima is the first vessel of the Ritz-Carlton Yacht Collection. The suites all have private terraces; the two penthouses have private whirlpools.

The Evrima will spend her inaugural summer in Europe. Then, after some respositioning cruises, she moves to the Caribbean in late October.

Arriving in July 2020, the all-suite 100-passenger Silver Origin is purpose-built to sail the Galapagos Islands. Equipped with eight Zodiac rafts for exploration, she is the line’s first destination-specific build and will be the most luxurious vessel to sail the region. The suites will have Horizon balconies; butler service will be available for all passengers.

Equipped with eight zodiac rafts for on-shore exploration, Silver Origin will feature an innovative space called Base Camp, where passengers can socialize and learn.

The Silver Origin will sail with itineraries starting at seven days.

Carnival’s biggest ship ever, the 5,282 (6,600 at maximum capacity) Mardi Gras debuts in August 2020 and features two firsts. She will be the first ship in North America to be fueled by cleaner liquefied natural gas (LNG)-and the first to feature a roller coaster at sea (Bolt).

The 999-passenger Spirit of Adventure, with 100 cabins designated for solo travelers is the second new-build from Saga Cruises and a sister to Spirit of Discovery. The ship launches in August, replacing the line’s 40-year-old Saga Sapphire.

On August 21, 2020, the ship sails an inaugural 17-night, roundtrip Dover itinerary that will include stops in St. Petersburg, Copenhagen and Stockholm.

Coming in August, the 596-passenger Silver Moon will offer such new concepts as S.A.L.T. (Sea and Land Taste) an innovative culinary program of immersive culinary experiences for guests.

While preserving the design of Silversea’s Silver Muse, many of Silver Moon’s spaces will be enhanced or re-imagined. These include: the Dolce Vita lounge, the Connoisseur’s Corner, the Pool Deck, the Spa, the Kaiseki and La Dame restaurants.

Silver Moon’s maiden voyage between Trieste and Rome (Civitavecchia), departs August 6, 2020; the ship spends her inaugural season in the Mediterranean, before crossing to the Americas in November.

With a debut in August 2020, the 200-passenger Crystal Endeavor is the first purpose-built (and biggest) mega-yacht that has PC6 Polar Class designation-which means the ship can cruise polar regions during both summer and autumn. The Endeavor’s state-of-the-art offshore dynamic positioning technology, with computer-controlled systems enable the megayacht to float above coral reefs and other underwater wonders without utilizing anchors, which can damage the terrain.

Crystal Endeavor launches in Asia, then heads to the South Pacific and remains there until March.

Also arriving in August 2020, the 136-passenger Sea Cloud Spirit, the third tall ship in Sea Cloud Cruises’ fleet. This ship ups the line’s luxury elements with 69 outside cabins 25 cabins that have balconies, seven where the windows can be opened and three owner’s suites.

For the first time on a sailing ship, the Spirit will have an elevator connecting the decks, as well as a spa and venues for fine and casual dining. Like her sister vessels, the ship’s food concept focuses on local fresh food and wine.

Sea Cloud’s focus is on a unique and luxurious sailing experience with visits to less-known ports.

Due in October 2020 is Sunstone’s Ocean Victory, the line’s third Infinity-class expedition ship. Built to cruise the world’s polar regions, the ship will have a fleet of 20 motorized Zodiacs, an observation lounge, spa and sports facilities, as well as a pool and hot tubs and several dining venues.

For the 2020 season, Ocean Victory will be chartered by Victory Cruise Lines to sail Alaska itineraries.

MSC Virtuosa, the fourth Meraviglia class and the second Meraviglia-plus ship, debuts in November 2020. Like the other ships in her class, the 6,300-passenger Virtuosa houses the MSC Yacht Club and features a wide range of entertainment, shopping and dining and relaxation.

For family groups, there will be “cluster cabins,” a double-deck indoor amusement park and an outdoor water park, as well as programming and spaces designed in partnership with such family experts and LEGO and Chicco.

Two new Cirque du Soleil at Sea shows will be performed six nights per week in the purpose-built Carousel Lounge. In total, there will be eight original shows available onboard the Meraviglia-class ships.

As part of the line’s digital innovation program, the ship will feature MSC for Me and Zoe, MSC’S new digital cruise assistant.

The ship begins her maiden voyage from Genoa, Italy on Nov. 8, 2020, visiting six ports in seven nights in the Western Mediterranean, including stops in Marseille and Barcelona, as well as other high-demand destinations.

Royal Caribbean: Odyssey of the Seas

Royal Caribbean’s 4,200-passenger Odyssey of the Seas is the second Quantum Ultra Class vessel and the first to arrive in North America. She debuts in November 2020, featuring a two-level pool deck and such new offerings as the next generation SeaPlex, the largest indoor activity space at sea.

The SeaPlex on Odyssey will have a full-sized sports court with bumper cars and a flying trapeze. The space will also double as a glow-in-the-dark laser tag arena in Clash for the Crystal City. Also onboard: the FlowRider surf simulator, RipCord by iFly skydiving simulator, the 40-foot rock climbing wall and SkyPad bungee trampoline experience.

In her inaugural year, the ship will sail 8- and 6-night itineraries from Fort Lauderdale before moving to her homeport of Rome in May 2021, becoming the first Quantum Ultra Class ship to cruise Europe for the summer.

Scheduled to sail in late 2020 is ’s 199-passenger Ultramarine, a polar expedition ship that offers an unmatched portfolio of adventure options, including flightseeing, heli-hiking and heli-skiing. With two helicopters and a fleet of 20 Zodiacs (with four Zodiac embarkation points), the Ultramarine has an operational range of 70 days and will take passengers farther and deeper into the polar regions than any cruise line before it. The ship will have a spa and fitness center and alternate dining options.

For the extended length version of this article, with additional description and detail, visit: www.jaxfaxmagazine.com/cruise-news 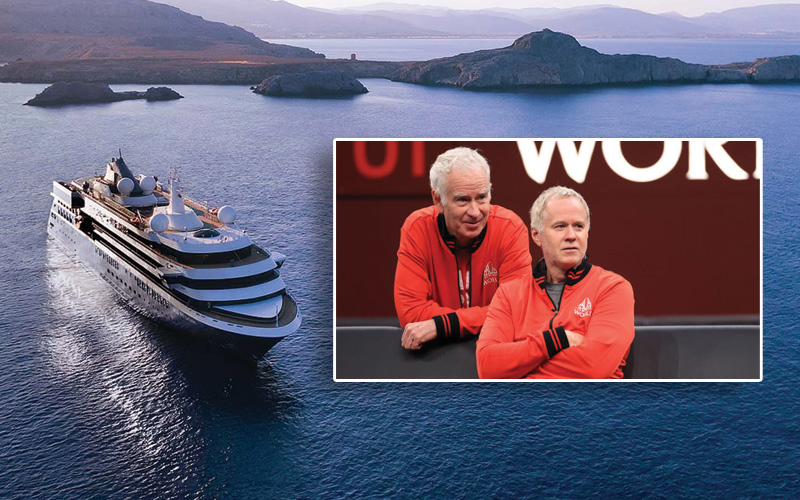 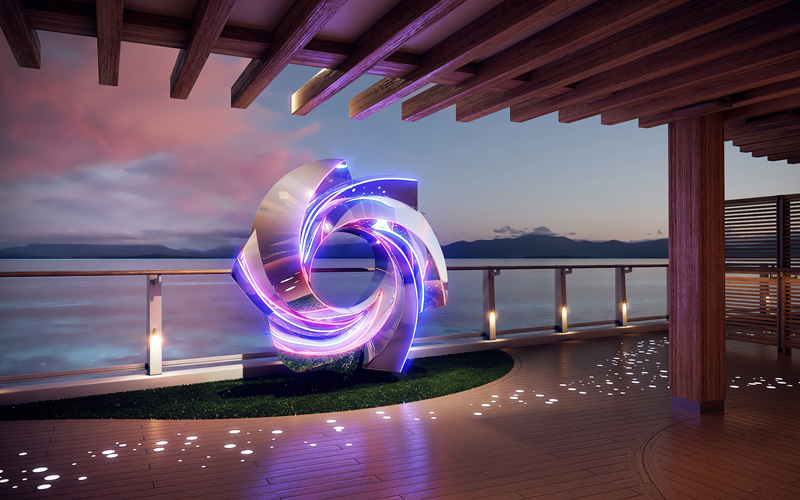 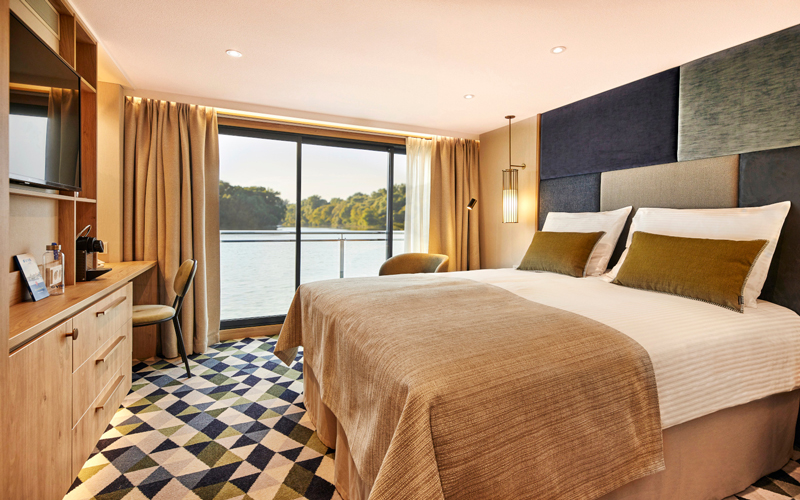