Carrying a large cross, a group of tourists solemnly stop to pray at each station on the Via Delarosa in Jerusalem’s Old City. 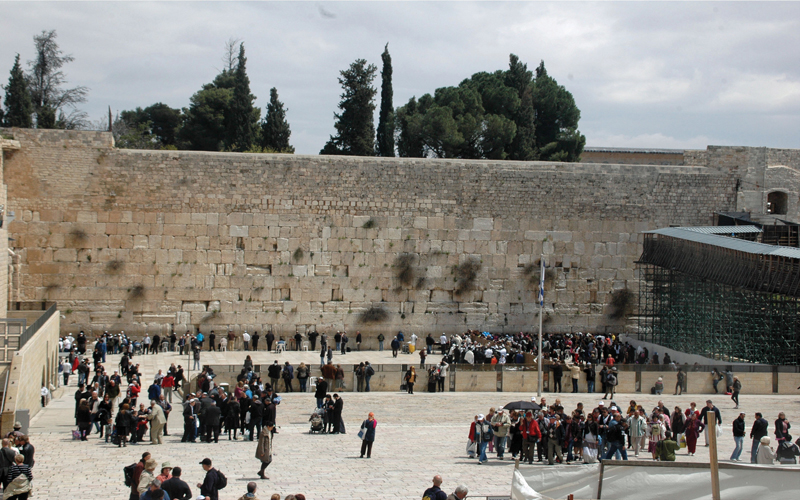 Their final destination – the Church of the Holy Sepulcher – where Jesus was stripped of his garments, nailed to the cross and died. At the 14th station, Jesus was laid to rest and later resurrected.

Though less than 1/4 the size of Indiana, Israel is a veritable treasure trove of Islamic, Old and New Testament sites. For over 3,000 years it has been a hotbed of diverse religions, pilgrimages and war. Some of the world’s most significant cultural and historic finds are here, too. With every dig, archeologists discover something significant.

The great stones of the Western Wall are all that remain of the Second Temple. Excavations alongside it have disclosed the world’s oldest intersection – 2,100 years old. It is likely that Jesus walked this road.

This area is part of the Temple Mount, a holy place for Jews, Christians and Moslems alike. According to the Bible, it is the place where Abraham came to sacrifice his son, Isaac and where Jesus preached. Moslems believe that Mohammed ascended to heaven at The Dome on the Rock. There is usually a line to view the stained-glass windows, the blue and gold tiles, carpets and mosaics at this golden-sphered mosque. But, it is a “must do.”

The City of David, just outside the Old City, correlates with many things in the Bible. Mentioned are Bullae, clay coin-like seals with Hebrew writing, which were discovered at the open-air site near Area G. (the Royal Quarter).

“Here in Jerusalem, our guidebook is the Bible,” says Asher Altshul, a guide at the underground City of David.

It is here, while looking for the Ark in 1911, Montague Parker discovered Hezekiah’s Tunnel. (Raiders of the Lost Ark was loosely patterned after Parker’s exploits.) The 2,700-year-old tunnel was built to safeguard the water supply in the event of an Assyrian attack. Today, you can wander through the tunnel and see the original chisel marks and ancient plaster. The tunnel emerges near the Selah Pool, the supposed place that Jesus performed the miracle of the blind man.

Located in the newer part of Jerusalem is Yad Vashem, Israel’s poignant museum dedicated to Holocaust victims, heroes, martyrs and Gentiles who risked their lives to save Jews. A mere five candles illuminate the Children’s Memorial. They are reflected in 500 mirrors. While navigating this haunting maze, a recording echoes the names, ages and country of some of the Holocaust’s 1.5 million young victims.

Neot Kedumim Biblical Landscape Reserve sits halfway between Jerusalem and Tel Aviv. Flora and fauna mentioned in the Bible border rocky terraces and walking trails. Our guide points out a salvia or myrrh plant, the same plant the Three Kings brought to the Baby Jesus.

Haifa, north of Jerusalem, is home to one of the seven major Baha’i temples in the world. It is worth a visit just to admire the 18 gardens and ascending terraces. Its 700 steps up Mount Carmel lead to the Shrine of the Báb (founder of the faith). To Bahai’s, this is like a pilgrimage to heaven.

Quite the contrast is the Phoenician seaport city of Acre (aka Akko), about 10 miles from Haifa. Its panoramic view from the ramparts of an old fortress are like looking through the pages of a biblical history book. Small fishing boats bob at one of the world’s oldest ports and a mixture of ruins, markets and mosques fill its twisting alleyways and cobblestone streets. They echo 4,000 years of history. The Old Testament speaks of it as do early Egyptian writings.

To the east is Capernaum on the north shore of the Sea of Galilee. It is known that Jesus worshipped at a temple that is now buried under the ruins of a larger Roman-looking one. A partial plexiglass floor at the new ultramodern Christian church reveals the remains of St. Peter’s 4th century home.

The Mount of Beatitudes where Jesus gave his Sermon on the Mount, is visible from Capernaum. At the bottom of the hill is a peaceful place with chirping birds, fragrant flowers and a large eight-sided church – each side represents a beatitude.

Mountains adorn the stark Judean Desert in the southeast of Israel. Masada, the former fortress palace of King Herod, perches atop one. Here, in 70 A.D., the Zealots maintained a two-year standoff against eight Roman legions. When the Romans finally conquered it, it was a hollow victory. Rather than be captured, the Jews, approximately 1,000 of them, committed mass suicide. Fragments of the regions’ camp, floor mosaics, the synagogue, the Western Palace and the baths remain. Fit visitors can hike to the summit plateau. Others can ascend the easy way via the funicular.

Masada overlooks the Dead Sea, the lowest point on earth – 1,373 feet below sea level. This sea water contains so much salt, even non-swimmers will find it easy to float. Many come here to reap health benefits from its plethora of minerals. They douse themselves in mud from pots placed on the beach, let it dry and then lazily float on the water. The nearby hills above the Dead Sea are said to be the place where Lot’s wife turned to salt.

The forefathers of Judaism, Christianity and Islam walked Israel’s nooks and crannies in low-tech sandals and togas. Nowadays, it’s done in state-of the-art footwear and shorts. Every step follows a path into 10,000 years of history and religion. 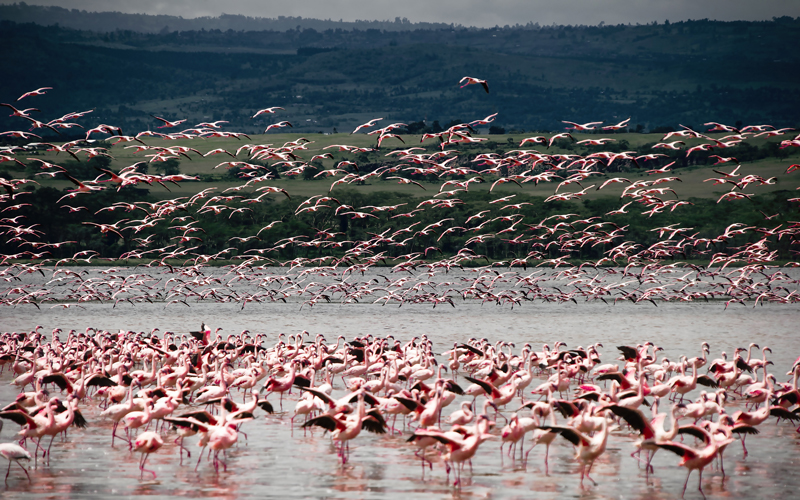 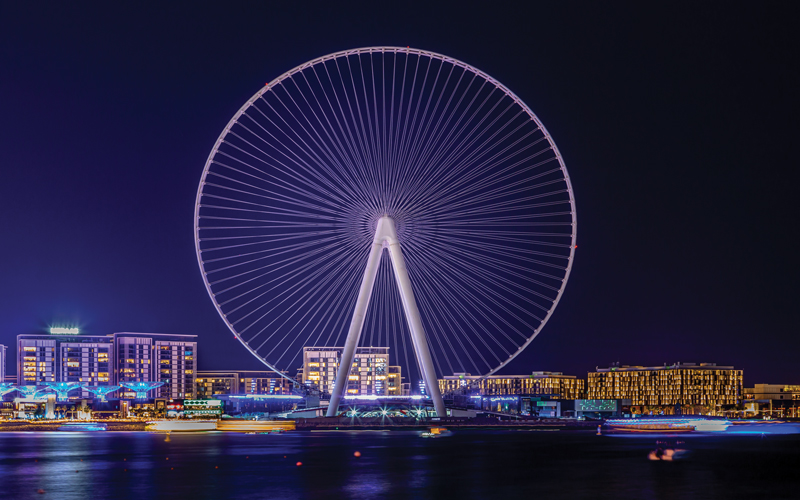 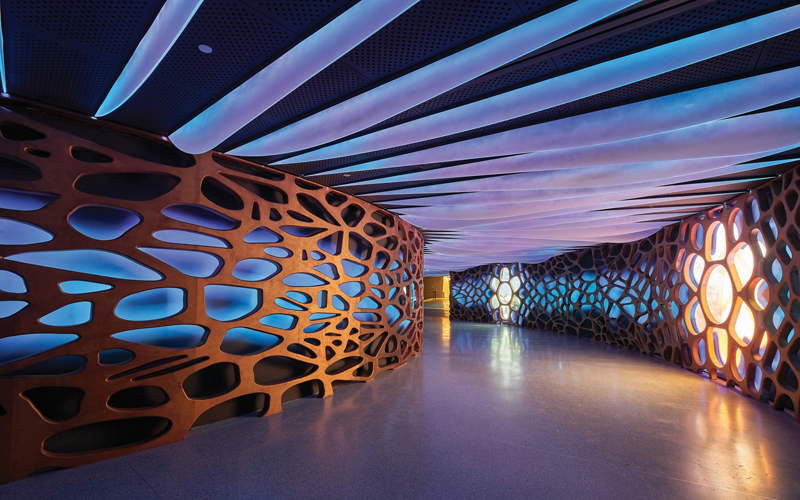